Which type of immunotherapy is going to take the “Holy Grail” of solid tumor, TCR, CAR-T, TIL or ADC therapy? 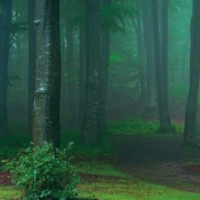 What is solid tumor?

As a main type of cancers, solid tumor refers to an abnormal clump of cells (containing no liquid or cysts) that can divide uncontrollably and are capable of invading other tissues. The term in discussing cancerous tumors is used to distinguish between a localized mass of tissue and blood cancer such as leukemia (IJPSR, 2011).

The short answer is yes. Cancer is an uphill battle to fight with 9.5 million deaths annually (WHO, 2018), and the main ways to treat solid tumors are still chemotherapy and radiation, which may result in stronger tumors or damage healthy cells as reported (ScienceDaily, 2008 ; ScienceDaily, 2019). However, the developmental history of solid tumor treatment has been revolutionized over the past decade by the innovative immunotherapy achievements, notably T-cell receptor (TCR), chimeric antigen-receptor bearing T cells (CAR-T), tumor-infiltrating lymphocyte (TIL), and antibody drug conjugates (ADC) therapies.

What are the promising therapies against solid tumor?

T cells are white blood cells that assist our body’s immune system by seeking out and attacking abnormal cells. Activation of T cells occurs when the TCR recognizes peptides noncovalently bound to major histocompatibility complex (MHC) on the surface of antigen-presenting cells or tumor cells.

In a recent published paper in Nature Immunology, Crowther and his collegues reported a new T cell and its TCR that can recognize monomorphic MHC class I-related protein, MR1, a molecule that can be found on the surface of several types of cancer cells (Nature Immunology, 2020). They found in laboratory that T-cells equipped with this TCR are able to kill a wide range of cancer cells in lung, skin, colon, breast, ovary, blood, bone, prostate and cervix, without destroying healthy cells. Those exciting results were obtained from experiments involving laboratory mice and human melanoma cells. The clinical trials are expected to be conducted by the end of this year.

The structure of TCR (Science, 2018)
TCRs consist of an alpha and a beta-chain non-covalently associated with the CD3 complex on the T cell surface

This kind of therapy is another type of immunotherapy in which cytotoxic T cells are derived from the patient and genetically reprogramed to express a chimeric antigen receptor that enables them to specifically recognize cancer cells. After reintroduced into the patient’s body, those special T cells are able to multiply, then hunt down and kill cancerous cells. Due to its success in curing blood cancers (such as leukemia and lymphoma) as reported in multiple publications (Science, 2018 ; Blood Cancer Discovery, 2020), CAR-T cell therapy has attracted much attention as a promising way to treat solid tumor as well.

Nevertheless, accumulated results indicate that CAR-T cells are not as effective against solid tumors as against liquid cancers, since it is more difficult to identify binding sites that exist on cancer cells in solid tumors (Cancer Discovery, 2018). On June 29, researchers from University of Illinois at Urbana-Champaign reported their engineered T-cells that can recognize several different targets on a cancer cell and showed activity against both human and mouse cancer cells, which may increase the efficacy of CAR-T cell therapy against solid tumor (ScienceDaily, 2020).  However, one potential roadblock is that this kind of therapy only works for a limited number of solid tumors as they possess significant genotypic and phenotypic heterogeneity, thus it is unlikely to be a “one-for-all” strategy with universal clinical value.

While many immunotherapies utilize circulating T cells in the blood, TIL therapy relies on naturally occurring T cells that have already infiltrated patients’ tumors. Those T cells are isolated from resected patient tumor material and are activated and expanded before re-infused into patients, where they can then scan and kill tumors.TIL therapy has been proved to be effective in metastatic uveal melanoma, renal cell carcinoma, breast cancer, lung cancer, head and neck cancer (The Lancet, 2017; Cancer Immunology, 2018a; Oncotarget, 2017; Cancer Immunology, 2018b ; Cytotherapy, 2011), nevertheless, the antitumor reactivity of TIL obtained from other solid tumors still remains a challenge.

Instead of extracting T cells and reengineering them to scan and attack cancer cells, ADC therapy applies monoclonal antibodies to locate specific cancer cells and chemotherapeutic drugs to destroy them. In an ADC, the antibody and the drug are connected by a linker, which ensures that the chemical drug won’t be released unexpectedly before reaching to the antibody targeting site, thus avoiding off-tumor toxicity.
More information about this therapy can be found in the related article below.

Which type of immunotherapy is going to take the “Holy Grail” of solid tumor?

In the present, none of those therapies mentioned above can be interpreted as a cure for everyone with a solid tumor as solid tumors are heterogeneous both within and between the cancers. Theoretically, CARs and ADCs can be designed to very specifically target almost any types of cancer cells, and many TIL therapy breakthroughs have been reported in solid tumor field.  In practice, however, it is extremely hard for corporations or research institutions to spend enormous money on developing therapeutics for smaller and smaller patient groups. Therefore, a strategy that can destroy a wide range of tumors is more promising. In another word, I personally believed that TCR T cell therapy is going to take the “Holy Grail” of solid tumor, even though the therapy is still early in development and not close to actual medicines for now.

How can our microbiome help cancer immunotherapy strategies?

MolecularCloud has initiated a POLL  and DISCUSSION campaign for this topic. Come to vote and share your opinion in the comment section below to win a $20 amazon gift card!

Which type of immunotherapy is going to take the “Holy Grail” of solid tumor?

It is very important to treat cancer at the right time , at the right place. If there is delay in either of it then drugs and other therapy fails. It’s a good read about cancer treatment. T cell receptors does play an important role in the cancer. Antibodies play it’s part even if the cancer not treated aggresssively.

In my opinion I think those stages of cancer should be cured by having a prescription drug by a doctor or over the counter and therapy is the best solution to fight cancer and we will beat cancer soon.

Was at a Novartis event that day and even they've said that all these are still in early stages... My late Boss tried EVERYTHING that was avail including stem cells... He'd fought on... Lost the battle a year later... He was 49. 3 young kids.

TCR seems extremely innovative from what I have read. I am no expert by any means but from what I do know it interests me a lot. I'd be interested to see the results of more studies and what these studies reveal.

Looking forward to watching these technologies advance research in the future.

Modalities of future medicine must be very diversified. For solid tumor, especially the most challenging ones, each modality can address a small portion and with all the combinations, the total number of patients who can benefit from will increase significantly. This is also in line with precision medicine.

The specific immunotherapy dominated by TIL,TCR-Tand CAR-T cells is one of the important directions of cancer treatment in the future. Identification of tumor specific antigen targets is the basis of tumor immunotherapy. The regulation of tumor microenvironment is an important factor to improve the curative effect of solid tumors. Factors affecting the efficacy of immunotherapy for solid tumors 1 Whether the modified TCR-T can migrate to the solid tumor, 2 whether it can penetrate into the tissue, 3 whether it can proliferate and expand persistently, 4whether it can antagonize the tumor microenvironment,5 whether it plays a regulatory role. Combined immunotherapy (such as ANTI-PD1 / PD-L1, etc.). on the basis of TIL /TCR-T/CAR-T, it is the trend to fit targeted immunosuppressive cells, target immune checkpoint, and target immunosuppressive cytokines

The T cells used in CAR T-cell therapies get changed in the lab by adding a man-made receptor (called a chimeric antigen receptor or CAR). This helps them better identify specific cancer cell antigens. Since different cancers have different antigens, each CAR is made for a specific cancer's antigen. It is more difficult to identify binding sites that exist on cancer cells in solid tumors, how about identify something special in tumor microenvironment (TME)? The immune cell could be activated upon recognizing this special thing only in TME. 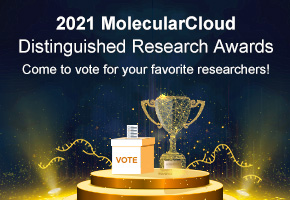