COVID-19: what have we learnt from the pandemic origin? 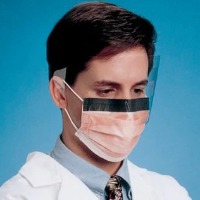 The sudden and deadly arrival of COVID-19 on the world health stage late in December 2019 has led to an international health disaster, with more than 10 million infection cases and 537,103 deaths (these numbers are still rising rapidly).  Although much about the pandemic remains to be learnt, two important lessons are already apparent.

Wildlife trade must be abolished

In late December, 2019, Chinese reports first surfaced of a new coronavirus (now named SARS-CoV-2), which was linked to Huanan Seafood Wholesale Market, where around 120 wildlife animals across 75 species were selling. Although scientists are still trying to untangle where the virus came from in the first place, there is no doubt that wildlife in the market played a role in the transmission. On February 24, 2020, the Chinese government imposed a permanent ban on the trade and consumption of live wild animals for food. However, some wildlife markets may still exist in this world even after being made illegal, as long as there is a greed for profits. Once those markets are driven underground, it is much harder to track them since that it’s unknown how many live wildlife markets exist, where are they and what are being distributed at those markets.

Deforestation must be halted

Nowadays, human-wildlife contacts are more common, increasing the chances for passing on pathogenic viruses. One of the reasons for that is deforestation. Driven by our never-ending need for space and resources, we cut down trees to convert wildlife habitat into road or agriculture, forcing wild animals to leave their homeland and putting them in closer contact with human beings. That is a self-annihilation, especially in areas within tropical regions, where the climate shaped a perfect environment for viruses and their hosts (bats and rodents in particular). There needs to be better planning in those areas to try and develop sustainable exploitation to keep wildlife in their habitats and reduce spillover events.