From molecular scissors to molecular pencils: CRISPR-Cas DNA base- and prime editing

CRISPR-Cas gene editing has been widely used for generation of knock-out models, but the insertion of specific changes in the DNA sequence through homologous directed repair (HDR) mediated editing remains challenging due to its limited efficiency and high rates of undesired insertion or deletion mutations. Moreover, HDR-mediated editing is restricted to dividing cells, limiting the range of diseases or cell lines that can be targeted. To bypass these limitations, CRISPR-Cas-mediated single base pair editing systems have been developed.

In the present there are two classes of DNA base-editors (BEs): cytosine base editors (CBEs) and adenine base-editors (ABEs), which can install all four transition mutations (CàT, TàC, AàG and GàA). Prime-editors (PEs) are the latest addition to the CRISPR genome engineering toolkit and represents a novel approach to expand the scope of donor free precise DNA editing to small insertion and deletion mutations [1].

DNA BE and PE tools enable precise nucleotide substitutions in a programmable manner without requiring a donor template, having a remarkable potential as a therapeutic tool to correct disease-causing mutations in the human genome. Over 25% of the human pathogenic single nucleotide polymorphisms (SNPs) can be corrected by targeting the four transition mutations, and PE could correct up to 89% of known genetic variants associated with human disease [2]. These techniques can be adapted for: a) correction or larger genes where vector mediated delivery of the corrected sequence is not feasible due to the limited packaging capacity of viral vectors [3]; b) to autosomal dominant diseases where gene augmentation is not a suitable approach due to the requirement for silencing or ablating the defective gene in autosomal dominant diseases; and c) for correction of diseases characterized by premature terminations or alternative splicing [4].

Development of safe and efficient delivery systems is crucial for the success of CRISPR Cas BE and PE in the clinic, and the use of viruses (particularly adeno¬ associated viruses or AAV) constitutes a promising delivery modality due to its broad tropism, well-studied serotypes and limited immunogenicity [5-7].

DNA base editors comprises two key components: a Cas enzyme for specific DNA binding and a single stranded DNA modifying enzyme for targeted nucleotide alteration. Al four transition mutations can be installed with the available CRISPR-Cas BEs, and recently two novel BE architectures have been engineered which can efficiently induced targeted CG base transversion [8], as well as dual BE systems for combinatorial editing in human cells [9-11], thus expanding the range of DNA BEs. There are two main types of BEs:

A. Cytosine base-editors (CBE): The first generation of CBEs (CBE1) was developed in 2016. In a narrow window of the non-targeted strand, CBE1 deaminates cytosine to uracil, which is then recognized by cell replication machinery as a thymine, resulting in a C-G to T-A transition. Although CBE has proven to efficiently perform targeted base-editing in vitro (up to 37%), it is not effective in human cells. This is due to the cellular mediated repair of the U-G intermediate in DNA by the base excision repair (BER) pathway. BER of U-G in DNA is initiated by uracil N glycosylate (UNG), which recognizes the U-G mismatch and cleaves the glycosidic bond between the uracil and the deoxyribose backbone of DNA, resulting in reversion of the U-G intermediate created by the base editor back to the C-G base pair [12, 13].

To improve base-editing efficiency, a second generation of CBEs (CBE2) was developed by fusing an uracil DNA glycosylase inhibitor (UGI) to the C-terminus of BE1, inhibiting the activity of uracil DNA glycosylases (UDGs). Inhibition of BER by CBE2 resulted in a threefold increase in editing efficiency in human cells [14]. A CBE3 generation was developed by using a Cas9 nickase (nCas9) variant that induces a nick in the G-containing strand of the U-G intermediate (non-edited DNA strand) to bias cellular repair of the intermediate towards U-A outcome. The U-A pair will be further converted to T-A during DNA replication. An improved CBE4 generation was generated by fusing an additional copy of UGI to the N-terminus of nCas9 with an optimized linker [15].

DNA base-editing. On the left, cytosine deamination generates uracil, which base pairs as thymidine in DNA. Fusion of UGI inhibits the activity of UNGs, thus increasing the efficiency of CBEs in human cells. On the right, adenosine deamination generates inosine, which has the same base pairing preferences as a guanosine in DNA. Anzalone, A.V., Koblan, L.W. & Liu, D.R. Genome editing with CRISPR–Cas nucleases, base editors, transposases and prime editors. Nat Biotechnol 38, 824–844 (2020). https://doi.org/10.1038/s41587-020-0561-9

B. Adenine base-editors (ABE): CBEs are limited to installing a C-G to A-T mutation, greatly restricting the range of correctable disease-causing mutations. Nearly half of all pathogenic point mutations can be, in principle, reversed using an ABE to convert an A-T base pair back into a C-G base pair. ABE-mediated DNA editing relies on a deoxyadenosine deaminase domain that catalyzes an adenine to inosine transition. In the context of DNA replication, inosine is interpreted as guanine, and the original A-T base pair may be replaced with a G-C base pair in the target site. Unlike cytosine deaminases, single stranded DNA adenosine deaminase enzymes do not occur in nature, so the attempts at using RNA adenosine deaminases to act on DNA resulted in no detectable RNA editing. To overcome this situation, extensive protein engineering and directed evolution allowed for the production of a transfer RNA (tRNA) adenosine deaminase (ecTadA) that converts adenine to inosine in the single stranded anticodon loop of tRNAARG.

In comparison with CBEs, ABEs yields a much cleaner product that has virtually no indels, and there are no reports of significant off-target (A-to-non-G) edits to date. Unlike UGI-mediated inhibition of UDGs in the CBE-mediated editing, ABE editing in cells lacking alkyl adenine DNA glycosylase (AAG, an enzyme known to recognize and remove inosine in DNA) failed to increase editing efficiency or product purity compared with cells containing wild-type AAG.

To improve editing efficiency, techniques such as phage-assisted continuous evolution (PACE) and protein engineering have been used for the development of a seventh generation of ABEs, which converted target A-T to G-C efficiently (~50%) in human cells.

Prime editing does not rely on double strand breaks, instead the system uses an engineered reverse transcriptase (RT) fused to a nCas9 and a prime-editing guide RNA (pegRNA) which contains the sequence complementary to the target site and an additional sequence spelling the desired sequence changes. The 5’ of the pegRNA binds to the primer binding site (PBS) region of the DNA, exposing the non-complementary strand. The unbound DNA of the PAM containing strand is nicked by the Cas9, creating a primer for the RT. The nicked PAM strand is then extended by the RT by using the interior of the pegRNA as a template, consequently modifying the target region in a programmable manner. The resulting heteroduplex containing the unedited strand and the edited strand is resolved and stably integrated into the host genome via cellular replication and repair process.

First generation of PEs (PE1) reached a maximum editing efficiency of 0.7-5.5% [1]. To further enhance the efficiency, different RT variants have been developed to enhance binding, enzyme processivity and thermostability. The latest generation of PEs (PE3) performed all 12 possible transition and transversion mutations (24 single-nucleotide substitutions) with an average editing efficiency of 33% [1], and a number of off-target effects greatly reduced.

PE also possesses several advantages compared with BE approaches, including less stringent PAM requirements due to the varied lengths of the RT template and no bystander editing. As prime editing is still in its infancy, its specificity and potential for off-target modifications remains to be studied.

DNA prime editing. Prime editors use an engineered RT fused to a nCas9 and a pegRNA that contains the sequence complementary to the target as well as an additional sequence spelling the desired sequence changes. Anzalone, A.V., Koblan, L.W. & Liu, D.R. Genome editing with CRISPR–Cas nucleases, base editors, transposases and prime editors. Nat Biotechnol 38, 824–844 (2020). https://doi.org/10.1038/s41587-020-0561-9

Limitations of CRISPR-Cas-based base editors

DNA base- and prime-editors have grown and swiftly expanded in the past four years, with rapid advancements in their architecture to increase the underlying efficiency, targetability and specificity. However, they face many challenges before their full potential can be reached. Further characterization of BEs and PEs in vivo is needed for enabling therapeutic applications. Much additional research is needed to characterize and improve base-editing and prime-editing in a broad range of cell types and organisms. Off-target effects of Cas9 and BEs may differ, and a separate evaluation method is needed to better assess off target editing in a genome wide manner. It has been described that CBEs generate more indels, off-target editing and undesired mutations than do ABEs [16], although such constrains may be alleviated through additional cytidine deaminase engineering efforts.

Compared with BE, PE appears to be associated with lower off-target mutagenesis; nevertheless, PE could potentially introduce small insertions at the target site due to RT mediated extension beyond the primer sequence. Moreover, the clinical viability and safety of in vivo PE remain to be tested. Further evolution of Cas9 proteins and discovery of new nucleases expanded PAM flexibility would broaden the scope of genome targeting while maintaining editing efficiency and specificity.

In summary, DNA base- and prime-editors are simple and precise tools that hold great promise for the correction of point mutations in human genetic diseases. Research efforts to fine-tune these tools have greatly increased their efficiency, targeting scope and purity of the edited product, although there remain many challenges to be overcome for their translational use in clinics. 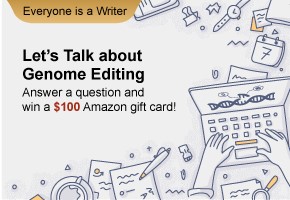