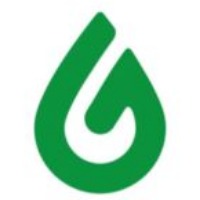 Though various ongoing investigations have attempted to illustrate the emergence of SARS-CoV-2, the causative agent of SARS-CoV-2 is still undetermined. Its evolutionary history, therefore, also remains unclear. SARS-CoV-2 is categorized as a sarbecovirus, the same subgenus that contains horseshoe bats as a reservoir species. Recent research has suggested that the closest known relative to SARS-CoV-2, bat coronavirus RaTG13, may not have the capacity of infection of human cells. Due to its low affinity to the spike protein for the human receptor, it has been proposed that an intermediate host may have been necessary for human transmission. Recent studies have revealed sarabecoviruses in existence that contained high similarity to SARS-CoV-2 in diseased Malayan pangolins, thus suggesting the role in the emergence of the SARS-CoV-2 pandemic. The authors in this study analyzed the structural properties of the S protein as well as the ACE-2 binding properties in a Pangolin coronavirus found to be closely related to SARS-CoV-2.

The similarities between the Pangolin CoV trimeric spike when compared to the furin-cleaved SARS-CoV-2 trimeric spike suggested a low energetic cost to open the S1 structure. The study also found that both uncleaved and furin-cleaved SARS-COV-2 spikes exhibit similar affinity for ACE2. Previous data also suggested the presence of ACE2 receptors may also provide enhancement for opening of the RBDs of the SARS-COV2 spike and encourage priming for any subsequent membrane fusion.  Due to this condition, a more open conformation of the SARS-CoV-2 spike (relative to the pangolin spike) may facilitate a sooner kinetic instance in the binding process that would not impact equilibrium association values.

Though the non-RBD component of the Spike protein of SARS-CoV-2 resembles that of the bat virus RaTG13 protein (96% identity), it is strikingly similar to that of the Pangolin-COV (particularly at the ACE2-binding site which is 97%). This similarity of both corresponds with almost identical binding properties of both S proteins. Despite significant sequences outside of their RBDs, pangolin viruses may be well capable of causing infection in humans. Due to the undetectable low affinity of bat RaTG13 spike protein for human ACE2 receptor, it is suggested to be unlikely that the class of the precursor bat virus was the cause of human viral transmission.

Even with such similarities in the Spike proteins of SARS CoV-2 and the Pangolin-CoV, it remains unclear if the Pangolin CoV RBD was the immediate precursors to the SARS CoV-2 RBD.  The results of this study suggest that the zoonotic range for this class of coronaviruses may extend to species that have ACE2 receptor similar to that of humans, much like the pangolin. There is a strong likelihood of other viruses that may harbor RBDs with similar sequences and binding properties to both SARS-CoV-2 and Pangolin-CoV. The possibility of RBD in this particular zoonotic background may suggest for an emergence of SARS-CoV-2 via recombination of bat viruses similar to RaTG13 in combination with similarity to Pangolin-CoV. The authors also noted that various bat species have shown differences in ACE2 sequences, and that direct binding of spike proteins from the viruses proposed as closely related to SARS-CoV-2 to bat ACE2 have not been demonstrated, indicating the Spike protein of bat viruses may bind a unique receptor.