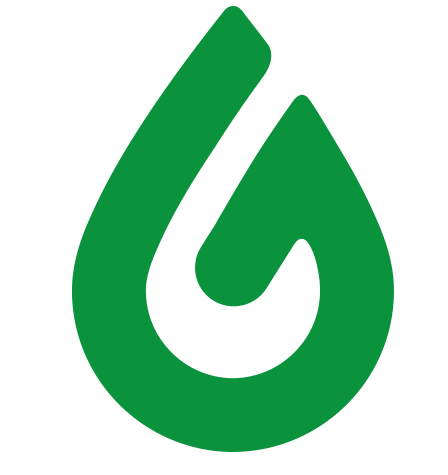 The value of mRNA therapeutics has come into the general public’s attention by the rapid authorization and approval of high-efficacy mRNA vaccines (i.e., Moderna and Pfizer) for COVID-19. The seemingly whirlwind events leading to this new vaccine modality have created a combination of relief and apprehension, the latter particularly from those unaware of the long history of discoveries that have made possible today’s mRNA therapeutics. Nevertheless, the groundwork enabling the use of mRNA as drugs dates back to as early as the 1970s. 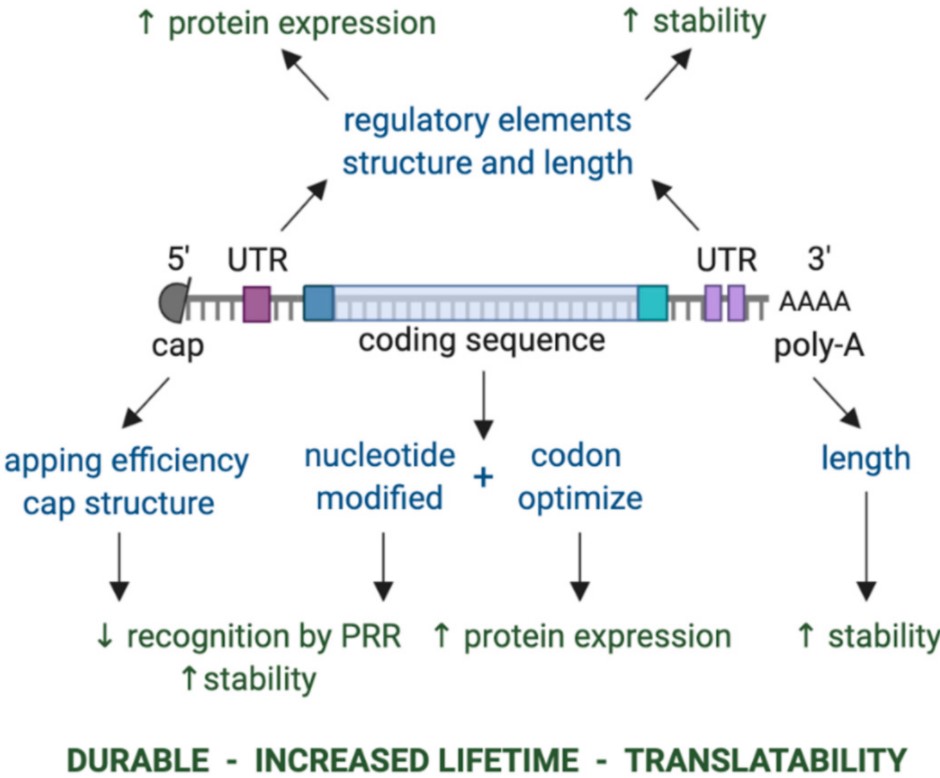 “Key components of in vitro transcribed mRNA that determine the level and duration of expression of the encoded protein. The components that can be modulated are shown in blue, while the effect of modulating these components is shown in green. Abbreviations: 3′ poly-A, three prime polyadenylic acid tail; 5′ cap, five prime cap; PRR, pattern recognition receptor; UTR, untranslated region.” Retrieved from Esprit et al. 2020, https://creativecommons.org/licenses/by/4.0/

COVID-19 mRNA vaccines are the culmination of significant progress over decades in developing strategies and platforms to support manufacturing mRNA therapeutics that are both efficacious and safe for clinical use. As a result, many more mRNA-based vaccines are in development. Currently, several candidates are in clinical studies for various infectious diseases, such as Influenza, Zika, Chikungunya, and HIV. In addition, some vaccine candidates have progressed to Phase III clinical studies, including mRNA-1345 (Respiratory Syncytial Virus) and mRNA-1647 (Cytomegalovirus).

As a therapeutic modality, mRNA has the potential of providing curative solutions for a host of disease states through different mechanisms. Beyond vaccine modalities for infectious diseases, mRNA is valuable as a mechanism to develop immunotherapies for cancer. As such, mRNA cancer vaccines are being developed and studied for a broad range of solid tumors (e.g., melanoma-BNT111, glioblastoma-RNA-LP, and colorectal neoplasms-mRNA-5671/V941). Clinical studies are also underway for mRNA therapeutics encoding antibodies (BNT141/142) and cytokines (BNT152/153) for solid tumors. Additionally, mRNA-based cell immunotherapeutics, such as autologous mRNA-CAR or TCR T celltherapies, provide means to temporarily target tumor antigens, which may reduce adverse events (e.g., cytokine release syndrome) associated with using genetically engineered T cells (Van Hoecke et al. 2021).

More recently, preclinical studies at the University of Pennsylvania Perelman School of Medicine, led by Dr. Jonathan Epstein, are extending the use of mRNA-CAR T cell immunotherapies to provide an innovative solution to a different aliment, cardiac fibrosis (Rurik et al. 2022). Myocardial infarction is the most common cause of fibrotic scarring of the cardiac muscle. In cardiac fibrosis, pathological changes in the extracellular matrix brought about by increased collagen type I deposition and cardiac fibroblast activation affect the heart’s muscle function (Hinderer and Schenke-Layland, 2019).

Overall, significant obstacles have been cleared by the innovation and tenacity of many scientists over decades, making the use of mRNA therapeutics a reality. Delivery limitations remain, especially for large molecules, systemic administration, and targeting specific tissues. Nevertheless, mRNA therapeutics provide new options for many diseases, including rare and not so rare disease states.

How much do you know about mRNA Therapeutics?

Take the Quiz, test your mRNA knowledge, and try your luck at some cool prizes.